I am working on a Kamishibai Theater project with Christian Eldagsen, creator of the logotherapeutic game Polimilao. Our Kamishibai projekt is focused on conflict management for children in Kindergarten and Elementary School.

The word „kamishibai“ is a compound word; „kami“ means „paper“ and „shibai“ means „theater“ in Japanese, in short, it is  „paper theater“.  The tradition of the Kamishibai goes back to the Buddhist monks of the 10th century, the difference is that they used scrolls to help communicate the ideals of Buddhism. The modern form of Kamishibai became popular the early 20th century Japan. According to Wikipedia candy sellers would attach wooden picture frames to their bikes and go from village to village selling candy and telling stories while displaying self drawn scenes in the frame. If you think about how much popcorn and goodies get sold in movie theaters, you can imagine how well candy and fairy tales went together in a small sleepy village, too.

You could say it is the forerunner of television and storyboarding as the Kamishibai theater allows sequential views of stories that you display in a theater frame as you tell your story.

The theater itself is quite simple to build, all you need is a saw and some wood. But you could just use sturdy, budget friendly cardboard, too. (I’ll post a how-to for that after the Frankfurt Book Fair is over)

Get creative with my Kreativnews!

Christian Eldagsen, who resides in Hamburg, Germany, is writing a series of 8 stories that deal with resolving conflicts for children. At the point of this writing, I am working on illustrating the 4th story in this series and have just completed the third set of illustrations.

His theatric speech therapy idea began while he was working as a speech instructor for German as a second language in a kindergarten. His concept of using Kamishibai theater arose from this work. Christian Eldagsen is also a professional actor and playwrite who brings his stage experience into this work.

The children listen to the stories while viewing the theater. Afterwards they slip into the characters’ roles and in doing so, lose their inhibition to speak. They enjoy playing out the roles that they see in the theater. This is the decisive difference to traditional Kamishibai theaters because the children are merely viewers.

The purpose of this new series that I am illustrating for Christian Eldagsen is to aide children to develop social compentences including:

Christian Eldagsen’s works with many children coming from sometimes difficult social and cultural backgrounds. Some are suffering from developmental delays and it was this area that sparked his Kamishibai concept. The Kamishibai roll play has an important Gestalt therapeutical effect.

The images in our project animate children to think about difficult situations and how they can be resolved. The stories relate to contexts that a younger child easily understands, for example in a class room or play situation. Mr. Eldagsen uses the Kamishibai theater to animate children to role play and discover their own solutions, so that the project has a didactic quality, but never condescends.

We have decided to keep the characters familiar, so that the children can better identify with them. There isn’t just one „character“ that is always good as gold, nor always in conflict. Just as in real life, the children can feel for the child who doesn’t get the object of his or her desire and yet discover that there are ways that we can win together. 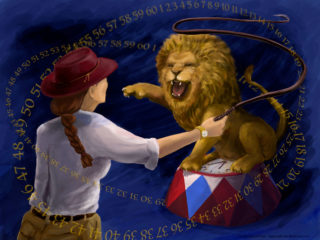 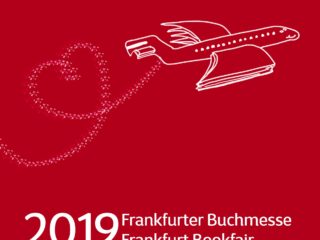 Next Post (n) When you are in Book Heaven, You Never Want to Leave