When I used to hear the number „2020“ I used to think of the reference to good vision „20/20“. The kind that lets you see clearly, to know what is coming towards you. But there is no way that I could have seen this 2020 coming, not even with 20/20 vision. Although some governments had a playbook for pandemics, I don’t think many people could have foreseen the havoc that this one has caused.

Yet, for all the awfulness of this year, I am glad to say that there are some good things to look back on and also to look forward to.

At the beginning of the year, I gained a new client, whom I get to draw food trucks for. It might sound unusual, but it offers me some regular work.

I also was contacted by an agency in England whom I got to do some watercolor illustrations for. Unfortunately, I cannot name the agency, nor show the illustrations online, but doing work in an analog form made me very happy. It was a nice change from constantly working on the screen. You might compare the feeling to playing a video game of bowling as to actually bowling. Both are fun, but the sheer physicality of moving paint around, wondering, full of self doubt if I should have done this or that, was a forming and exciting experience.

I finished up my Kamishibai theater series for Christian Eldagsen. The work was interesting because it is meant to teach children from social hot spots how to deal with conflict situations. I can imagine making more theatre stories. Perhaps, if my schedule allows it, I will.

“Heidelberg wimmelt“, my search and find book about the beautiful city of Heidelberg sold out. I had wanted to order some more because I had wanted to hold a Christmas Giveaway of all three of my search and find books. Currently there are only a few copies to be had here and there, but the publisher, Silberburg-Verlag doesn’t have any more. I’ve been told that they will be going into a second edition and available in late February. Yay!

It is the first time one of my books has gotten the chance for a second edition. I am over the moon about it.

The „piece de la resistance“ of the year is „Heilbronn wimmelt“, my new search and find book that just came out.

Just a few days before Germany’s first lock down I was asked to illustrate it. Ufff. That really threw a wrench into the machinery. One of the first things I do for my search and find books is to visit the city I am drawing to do research and soak up the local color, to meet up with people who can tell me about their hometown. It was a double ufff, because from what I had read about Heilbronn, was that the citizens had a love/hate relationship with their hometown. I really didn’t know what to expect.

You can discover points of interest, You can find out a little about the history, but how do you find out which café is in or where the children like to play?

You cannot. Unless you ask.

For my newest book, I ran a fun online contest and with the help of the local Heilbronn newspaper, “The Heilbronner Stimme“. I gained over 400 participants for my book. Each of the entrants told me what they loved about Heilbronn and it was this information that helped me form a vision of what Heilbronn really is about. 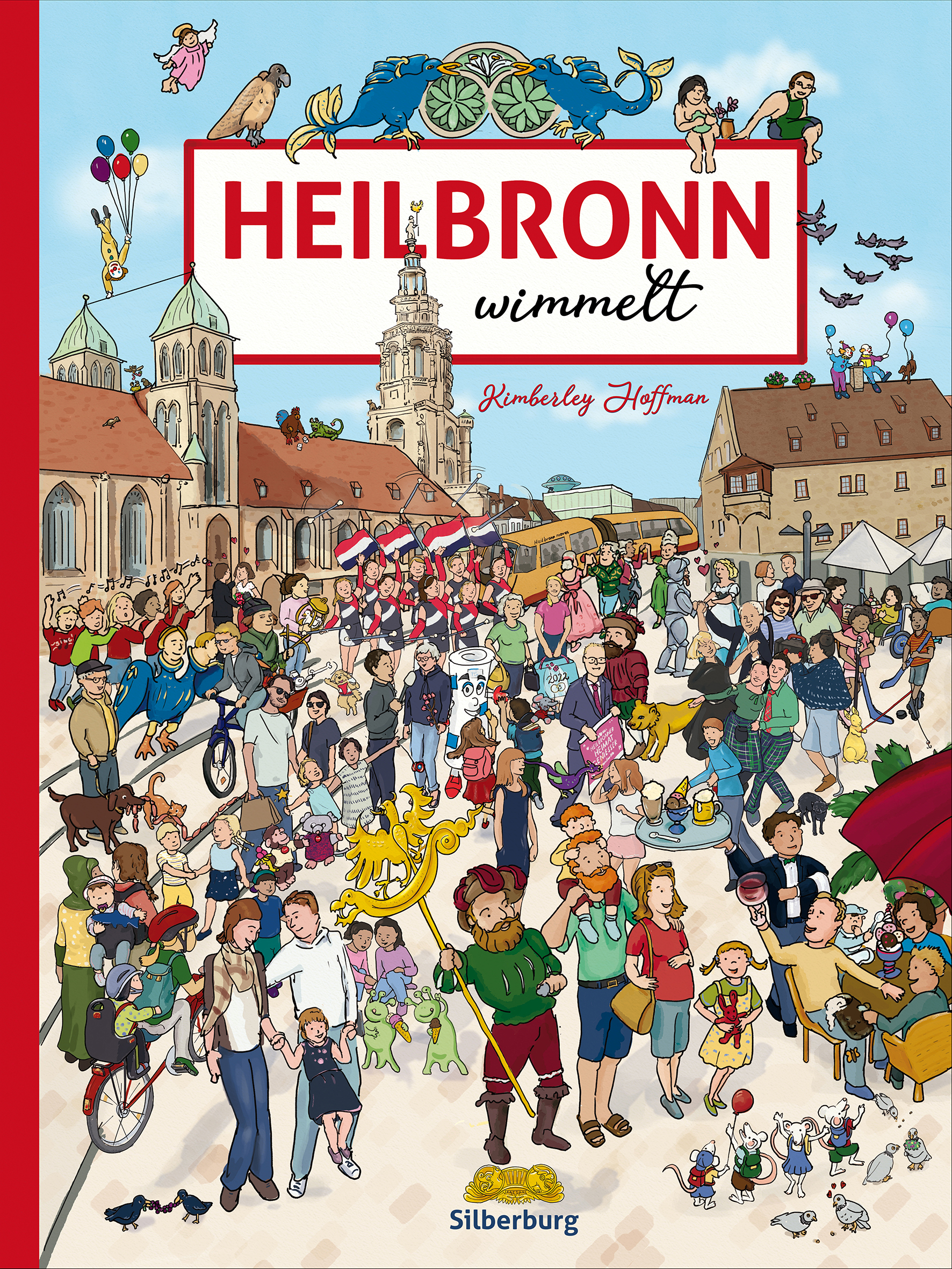 I want to thank my web designer, Conny Danner for her help in setting up the sign-up page and testing it, and my friend Dr. Iris Rosner-Köschel for her help in figuring out the logical conditions that the participants’ applications required. Remember those if – then formulas you learned in math? She is really good at that. It was those formulas we needed to process the people signing up. That way, people who had handed in their photos and releases wouldn’t get reminders. And people who didn’t do that would.

A special thanks goes out to Bettina Kruck-Hampo for her very informative tour of Heilbronn. It was because of her that I had changed one of the page themes to the former Bundesgartenschau areal (National Garden Show known locally as the BUGA grounds). I had originally not wanted to put it in because it wasn’t meant to be a showplace anymore. The show was in 2019 and many elements, like pavillions and spectacular highlights that just didn’t exist anymore. I had been told that the area was going to become a place for residential housing. But Bettina was quite insistent that I at least take a look at it. She was right.

It is a beautiful areal with a water playground for children. Built around the old “Flosshafen” or raft harbor, it gives children a space to pretend and safely play in that aquatic element. The BUGA grounds have, a long twisting slide near a rock climbing area, a place to ride bikes, a café/restaurant directly on the Neckar river and a small lake with a small beach front.

I went back to it after I’d visited with my guide and drew some more. You can see some of my sketches of Heilbronn below.

Take What You Love the Most

A long time ago, in the time of the knights and dragons, it came to pass that a town close to Heilbronn, called Weinsberg, was besieged by enemies. In an unusual act, the women from the town negotiated the town’s surrender provided the enemies would let each woman take the thing that they loved the most with them, so that they could always remember their home.

The enemies agreed to the women’s demands. Women. The enemies believed the women, being women, would take a favorite vase, a cooking pot or maybe the richer ones would take a jewel or a pretty gown.

What they didn’t reckon with is that the thing each woman loved the most and would be carrying on her back would be her husband. The women left the castle carrying their men piggyback. From then on the castle became known as the Weibertreu, meaning „Faithful Women“. In “Heilbronn wimmelt” I showed where they possibly escaped to – to the Wartberg mountain in Heilbronn. On that double paged illustration you can see the women carrying the men piggyback up the mountain to safety, surrounded by the local vineyards.

While I am writing this, Germany is beginning to roll out the vaccines against Covid-19. We need a safe place and much like the women in the Weibertreu, we want to protect those whom we love the most. The vaccine is our promise of hope.

Keep that hope lit within you as 2021 approaches and progresses. It will keep you strong in the worst of times and help you find happiness and light for any times of trouble. In this sense, I wish you all a happy and healthy New Year. 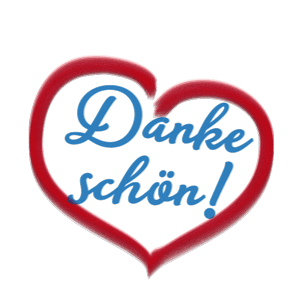 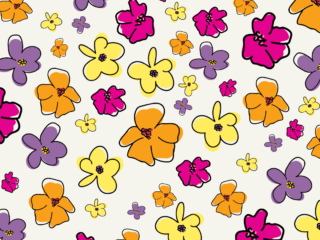 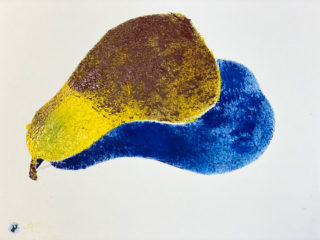